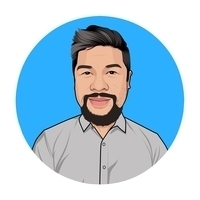 Can We Stay a Little Longer?

Early this morning we went through a list of sights we still haven’t seen in London. The list was long. We asked ourselves, “Out of the places we still have yet to see, what would be our biggest regret if we didn’t see it?” From there we prioritize our goals. Not making the list of places to see was: Covent Garden, Picadilly Circus, and The National Gallery.

We made our choices and set out for the day.

We took the Tube to the Tottenham Court Road station. Shopping, as well as sightseeing, was on the agenda today. Though prices in the UK were high - to the currency conversion - we couldn’t leave London without a few souvenirs. When we popped out of the station, it was near a clothing store Farrah wanted to visit. We made our way in to look around for a bit before going to the museum.

We made our way down the street toward the British Museum. We luckily found a Starbucks, as we were in need of a little pick-me-up. We ducked on in, ordered drinks, and sat down to do some further game planning. We figured we could see most of the tourist spots we wished to see in the morning - finishing around noon time. Then we would head back to the flat for some lunch. After lunch, Farrah would go shopping while I’d stay behind to do some photo stuff on the laptop. Then in the late afternoon or early evening, we’d hit one more tourist attraction.

We finished our coffee then headed down the street to the British Museum. We were only interested in seeing one exhibit - The Rosetta Stone. When entering the British Museum, you are greeting with a big entrance way which is topped by an intricate glass ceiling, as you can see in the photo above. The photo doesn’t do the setting justice. We spent several minutes taking it in and taking photographs. I wish I had a super wide lens to capture it all. It is beautifully massive. Awe inspiring. Breathtaking. I can only imagine how it would look during a clear starry night. I’m sure one day I will see it.

We found the information desk and a map of the museum. We thumbed through the pamphlet. There is so much to see here, but we were focused on our single goal: The Rosetta Stone. The curators must be aware that this is the main attraction, as they put The Rosetta Stone on the first floor and in the first exhibit room you could enter. The Rosetta Stone is not uniquely large like the stones from Stonehenge or Avebury. But then it’s not the size of the stone but what is written on it that is most important in this case. We spent a good fifteen minutes looking at the stone, also reading the historical notes accompanying the exhibit. We then had a quick look-see at the gift shop across from the exhibition entrance, then we headed on out to our next destination.

Our next stop was the British Library. I know what you are asking, “Why a library?” Well, this is a pretty amazing library. This particular library has some amazing works on display. The one I found most interesting were copies of the Magda Carta. Also, there were: All of these works were only display in a huge room. You can even find some of those items online on the British Library’s web site.

We headed back to the flat from the British Library. Farrah did some shopping at the stores on Oxford Street while I hung out at the flat blogging and fixing some photos. The only other plans we had were going to the London Eye, then eating fish and chips as our last dinner in London.

Farrah was tired after walking the stores. She took a long nap. I bought a ticket to the London Eye for her online, choosing the last time possible which was 8:00 pm. Luckily I bought it at the time because we got a late start to the London Eye. We had seen the London Eye from a distance when we went to Westminster Abbey. It looks ever more impressive as we approached it in the setting sun. Again, it’s difficult to appreciate its size unless you walk up to it.

We rushed into the ticket kiosk to retrieve the ticket and then Farrah rushed into line and on board her pod. Yes, she was making this trip alone. I wasn’t going to take a chance, especially after the Eurostar debacle. The round trip on the Eye is about 30 minutes. So as Farrah was going around the wheel, I made my way back up to the street to take some photos. Farrah can only tell you how the London Eye was. I could see on her face she was afraid at first but happy she went on the London Eye. I do think she wishes I was on there with her.

After leaving the London Eye, we took a slow walk back to the Underground Station to head back to our Bond Street stop. We stopped to take more photos of the London Eye and Big Ben in the setting sun.

We wanted to eat our last London dinner at the Golden Hind, a fish and chips place close the flat. We ate takeaway from there our first night in London but decided to eat in the restaurant that evening. We had the Haddock, the mushy peas, and pickled onion. I was going to order the Halibut, which was more expensive, but the owner mentioned it was a frozen fish, unlike the fresh Haddock. It was very sweet of him to mention that, and so I changed my order.

The Haddock is a healthy size. It is deep fried but not oily one bit. I never had mushy peas before the Golden Hind, but if they taste elsewhere as good as they tasted here, I’ll continue to order them. The mushed peas were the size of garbanzo beans! I had to try the pickled onion. It wasn’t as pickled as I hoped for but it went nicely with the Haddock. The Golden Hind doesn’t have an alcohol license, but they do allow you to bring your own booze. Several people did as they were celebrating the win by Chelsea over Manchester United in the FA Cup which brought more liveliness into the place.

We took a slow walk back to the flat knowing what awaited us - packing for home. We gathered our clothes and few knick knacks. Farrah did most of the packing, fitting all our belongings into five pieces of luggage. We packed light, coming with only four pieces of luggage:

The fifth piece of luggage, a Yahoo! duffel bag was packed into the small rolling bag. We broke that one out to fit a few items in. We really didn’t buy much, just enough to partially fill the Yahoo! duffel.

While Farrah packed, I did the Underground planning on the computer. We noticed the Underground line we needed to take didn’t start running until around 7:00 am. This made getting to Heathrow possibly problematic. This is great news to find out the day before, right?

Our plane leaves at 11:00 am. The Underground, where we are at, doesn’t start running until 7:06 am. It takes us to Green Park where we need to catch the Tube to Heathrow. By our estimation we’ll be at Heathrow by 8:30 am. There isn’t really room for error such as missing the Tube. Stress time! We could take a cab, but it might cost 40 or so pounds versus the 4 or so pounds each to take the Tube. Oh well, wish us luck on the Tube.

Well, we better get our sleep. I’ll probably post this when we get back to the US.