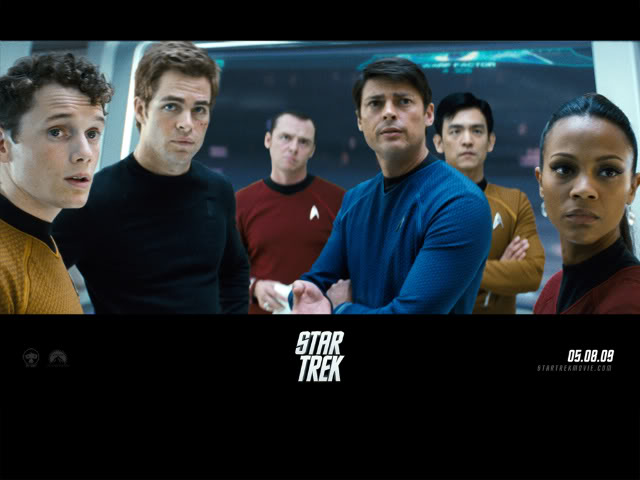 The crew of the Enterprise 2009

I tried to set my expectations low for this movie, hoping it would be good. Looking back I didn’t need to do this, as the movie succeeds on many levels.  This incarnation of Star Trek is accessible to both those familiar with and those new to Star Trek.  The story involves time travel - of course, it does, it’s Star Trek and J.J. Abrams - Romulans, Vulcans, and everything else in between.  I think the only thing that was missing was a Klingon.

The casting worked brilliantly, even having Winona Ryder as Spock’s mom worked.  The special effects helped, not hindered, the story’s progression.  There were two things that annoyed me: (1) the amount of lens flares in the movie, and (2) Pavel Chekov’s accent. The latter annoyed me only because of the number of lines Anton Yelchin, who plays Chekov, had to speak.  I would have preferred more lines from Simon Pegg, who plays the lovable Scotty.