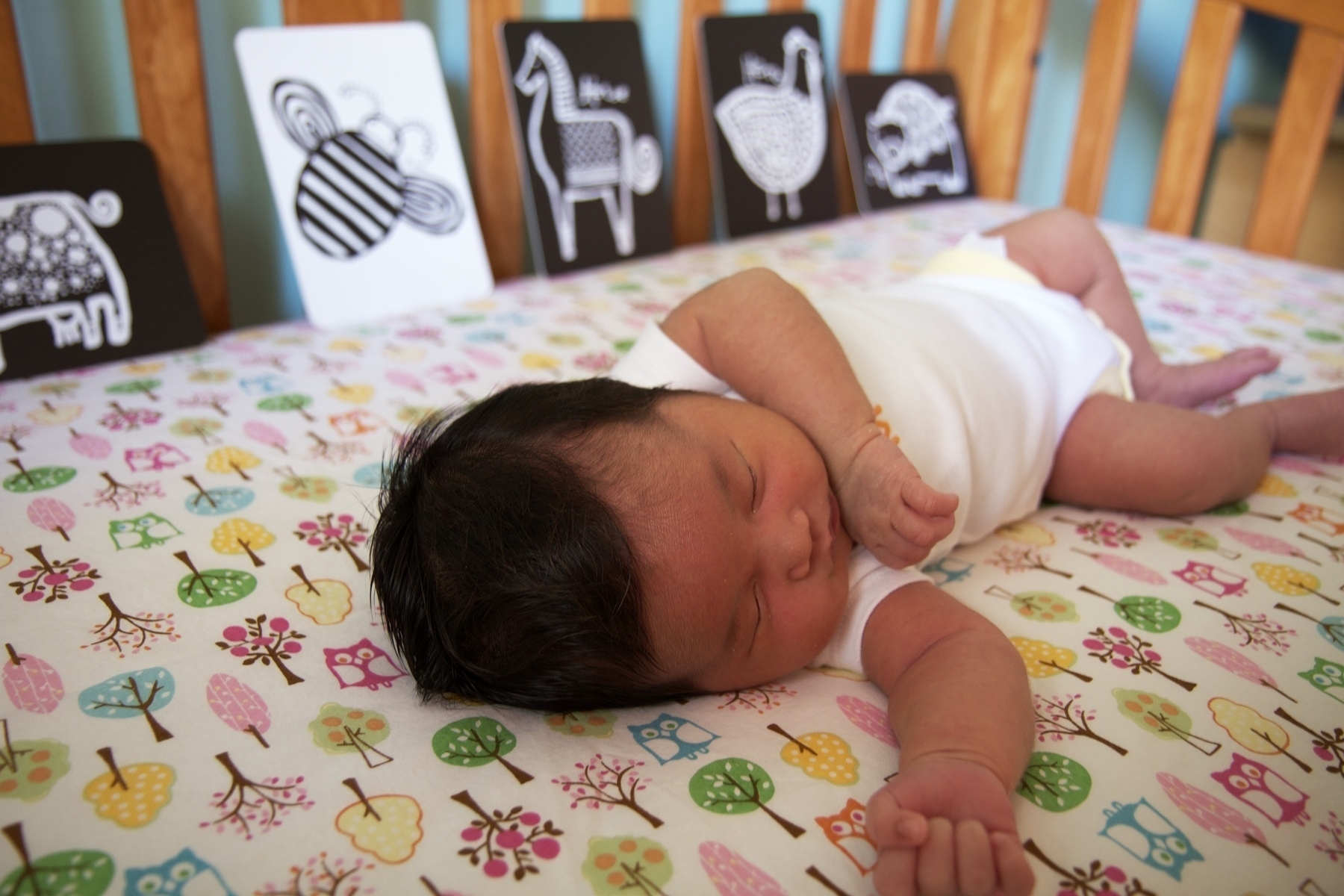 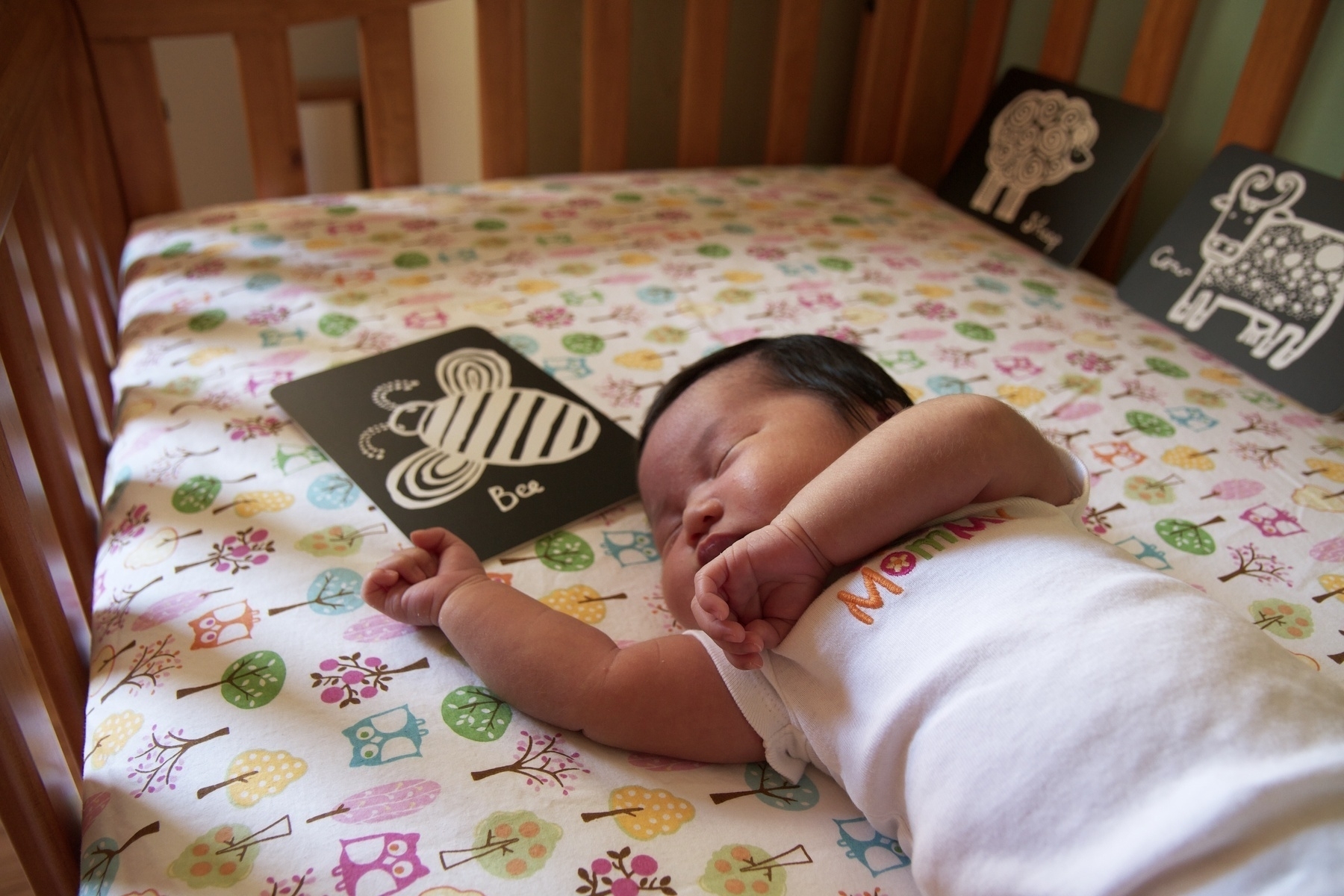 For the inaugural post, I’m using a few photos.  The above series of photos were taken in Mia’s newly built crib on July 13, 2010. Mia’s cousin Kayla help me put the crib together earlier in the day.  So we placed Mia down for a test run.  In a few photos, she is laying next to a Bee flash card, which represents one of the nicknames we gave her and often call her by.